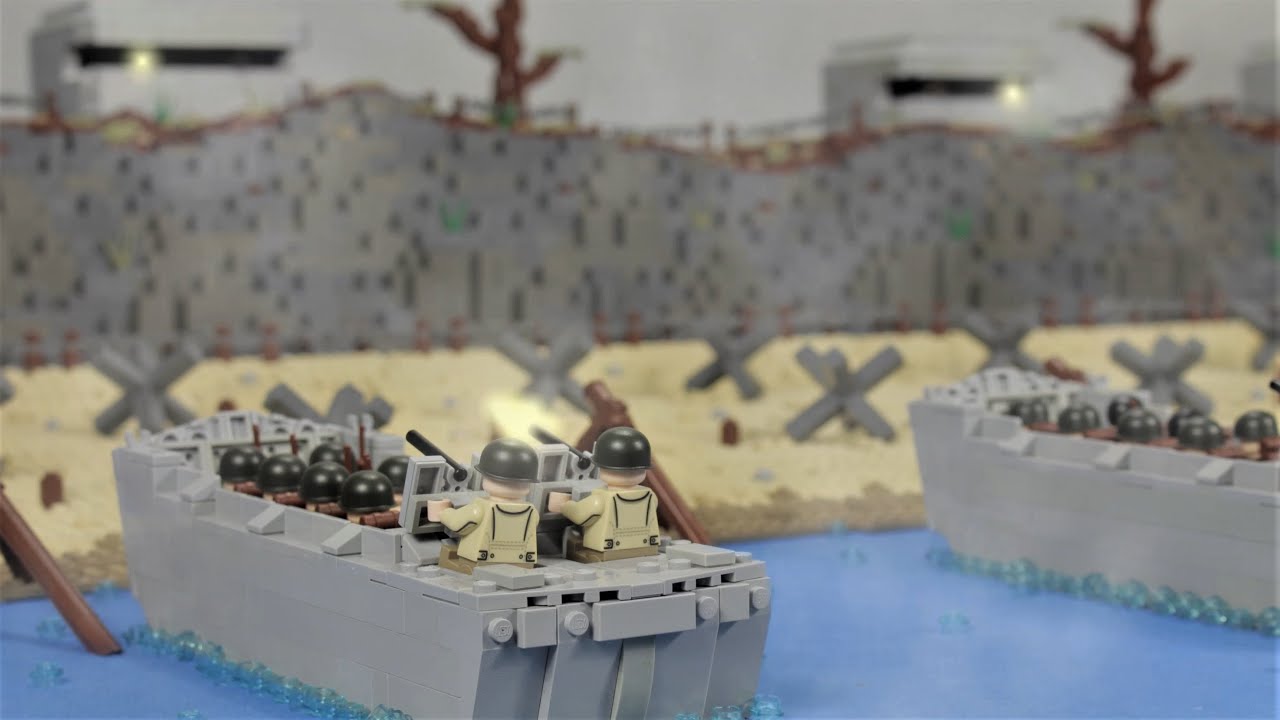 On the morning of June 6, 1944, thousands of US infantry began
landing on a beach code-named Omaha, in Normandy, France.
In order to push the Germans back, the Americans had to make
it across the beach and up the cliffs, all while under heavy
machine gun fire. The first waves of soldiers that landed on the
beach sustained heavy casualties as the Germans remained
relatively unscathed inside their concrete bunkers.
But as the battle wore on, the German’s ammunition began to run
low and the Americans were crossing the beach, and making it up
to the German positions on the cliffs. by the end of the day, the
Americans had lost over 2000 men, but they now had a foothold
in France and would push the Germans back for the remainder
of WW2.