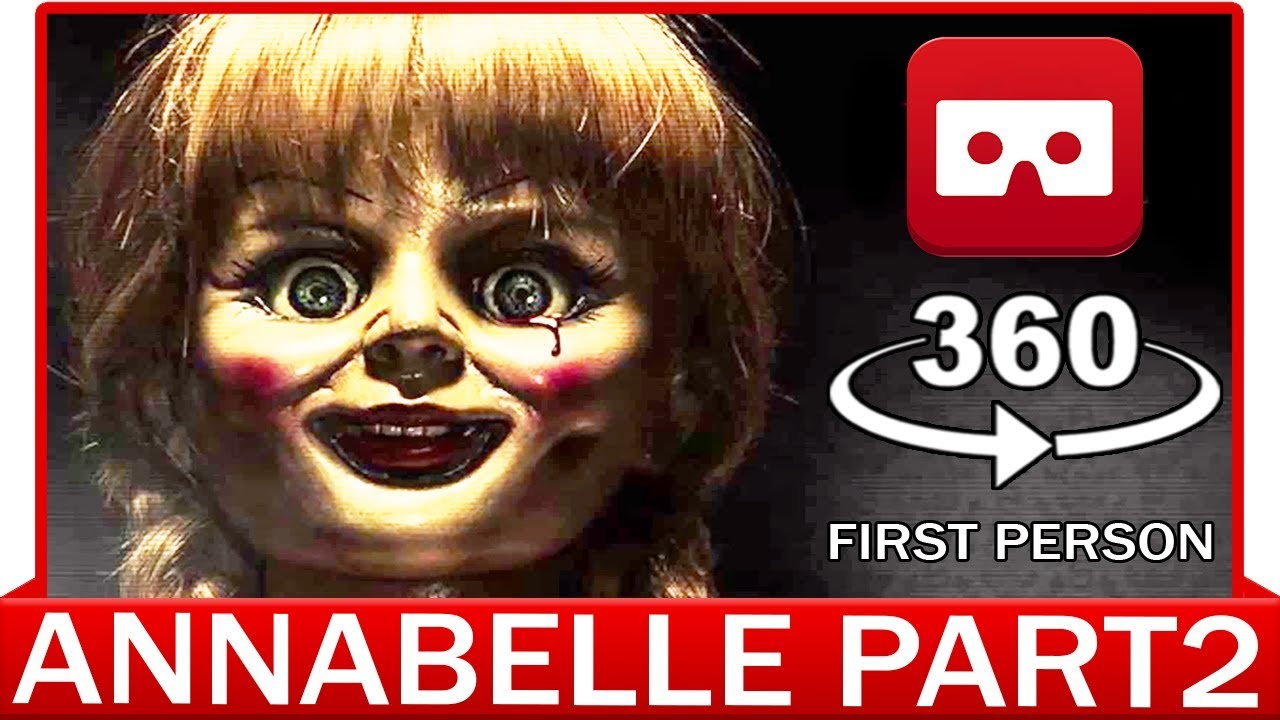 © [All videos are produced by us]
“IMMERSE YOURSELF IN THE ADVENTURE
…IT CAN BE A NIGHTMARE OR A DREAM.”

Annabelle: Creation is a 2017 American supernatural horror film directed by David F. Sandberg and written by Gary Dauberman. It is a prequel to 2014’s Annabelle and the fourth installment in The Conjuring series. The film stars Stephanie Sigman, Talitha Bateman, Anthony LaPaglia and Miranda Otto, and depicts the possessed Annabelle doll’s origin.[3]
Plot[edit]
In 1943, dollmaker Samuel Mullins and his wife Esther grieve for the loss of their seven-year-old daughter Annabelle, “Bee”, who died after she was run over by a passing car. An unknown entity, which the couple believes to be their daughter’s spirit, convinces them to transfer its essence into one of Samuel’s crafted porcelain dolls. Their elation soon turns to anguish when the Mullins realize they have attracted a demon looking for a human host. They take the doll to Bee’s room and lock it in a closet wallpapered with pages from the Bible before hiring priests to bless both the room and the house.
Twelve years later, in 1955, the Mullins open their home to provide shelter for Sister Charlotte and six girls left homeless by the closing of their orphanage. Despite having been told not to enter Bee’s locked bedroom, Janice, a young orphan crippled by polio, is awakened by a noise, discovers a note saying “find me”, and sneaks into the room, which has mysteriously become unlocked. She finds a key for Bee’s closet and unlocks it, unwittingly releasing the demon, who begins to terrorize the girls, displaying a special interest in Janice.
On the second night, the demon continues to torment Janice, revealing its true form and declaring that it wants “her soul”. Although she attempts to get away using a stairlift, she is left severely injured when caught by the demon and thrown from the second floor landing to the first floor. The next day, Janice—now confined to a wheelchair—is dragged into a shed. The demon, taking Bee’s form, successfully possesses her. One of the other orphans, Janice’s best friend Linda, notices changes in her behavior and admits to Samuel that Janice had snuck into Bee’s room and found the doll two nights earlier. Shortly after Linda’s revelation, the demon murders Samuel.
Sister Charlotte speaks with the disfigured Esther, who is confined to her bedroom, having had her left eye gouged out by the demon during their initial encounter twelve years earlier. Esther confesses to the nun the truth behind the doll and the hauntings within their home. Sister Charlotte grows increasingly alarmed that the demon will further victimize the girls.
The demon kills Esther and, having now killed both the Mullins, attacks Sister Charlotte as she attempts to get the girls out of the house. The possessed Janice continues her pursuit of Linda, who hides in Bee’s room. Sister Charlotte arrives to stop Janice and locks the girl and the doll in the closet. The next day, police arrive to search the house and its surroundings and find only the doll inside the bedroom closet, which they remove as evidence. Janice has escaped through a hole in the closet wall and relocates to an orphanage in Santa Monica. Still possessed by a demon, she now goes by the name “Annabelle” and is adopted by the Higgins family.
Twelve years later, in 1967, Annabelle, now a member of a Satanic cult with her boyfriend, murders her adoptive parents in their bedroom, which catches the attention of their next door neighbors, the Forms.
In a post-credits scene, set in Romania in 1952, Valak, the Demon Nun, walks towards the camera in the candle-lit halls of the Cârța Monastery, as each candle slowly goes out, teasing the events of The Nun.
Filming[edit]
Principal photography began on June 27, 2016, in Los Angeles, California, at the Warner Bros. Studios, Burbank lot,[20][21] and concluded on August 15, 2016.[22] Sandberg decided to use Steadicam and tracking shots, because of the film’s period setting, and he wanted to maintain the “old school” feel of the first two The Conjuring films.[7] According to Sandberg, he does not believe in ghosts or demonic entities, saying, “I haven’t experienced anything in life that would lead me to believe they exist”. Sandberg reported that actress Stephanie Sigman, who played Sister Charlotte, was “a little bit freaked out by that doll” and, after hearing that a priest had blessed the set of The Conjuring 2, requested the same ritual be performed for this film.[23]